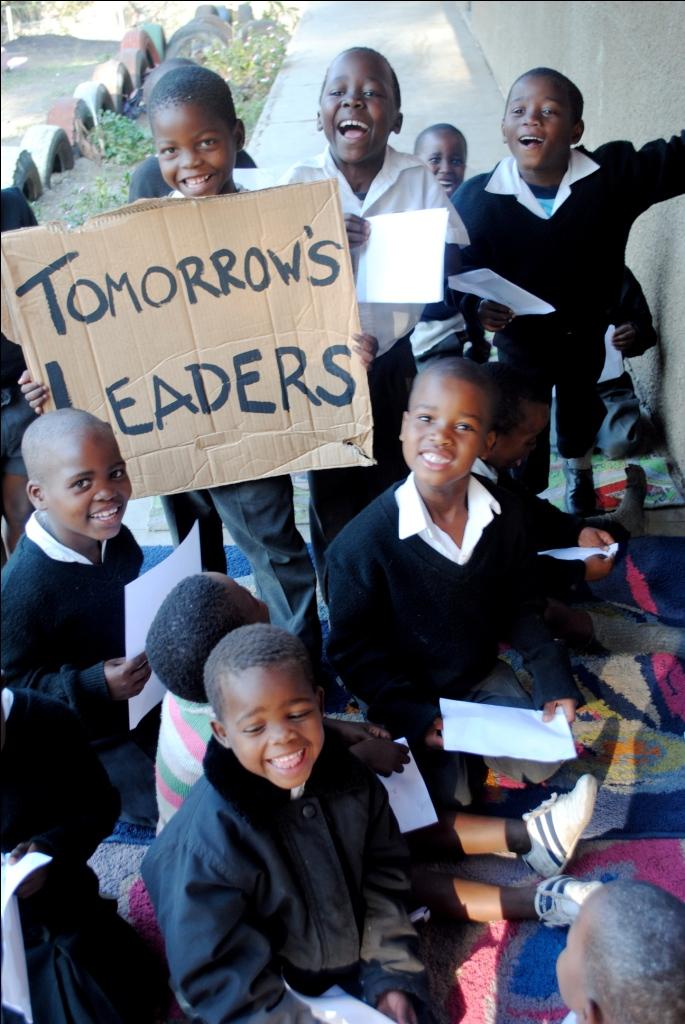 Thanda After- School was started three years ago on the South Coast by Angela Larkan, who is one of a few leading forces in this country who has studied the wide-reaching, negative effects of the AIDS pandemic and rural poverty and who has come up with workable, holistic solutions to fight these issues.

Thanda’s unique approach to fighting poverty and HIV/AIDS is about developing sustainable solutions to ongoing issues in rural South Africa. Through local capacity building and collaboration, Thanda empowers people to become problem solvers in their own community. Thanda After-School aims to be an effective support system for orphans and other vulnerable children within the rural community of Umtwalume in order to meet their needs and develop their coping skills. Thanda aims to empower these children with the emotional, social, economic, and practical skills they will need to succeed in the future.

Through education, mentoring and community-driven initiatives, Thanda After-School is inspiring and teaching South Africa’s most vulnerable children to be the future leaders of this great nation.

Thanda After-School knows that by giving the next generation the tools they need to cope with the daily traumas they face and overcome the underlying problems that HIV/AIDS is leaving in its wake, local communities can discover opportunities and find the means to triumph over hardships like poverty, disease and lack of education.

Working in a rural area inland from Hibberdene, Thanda After-School’s approach is based on the traditional Zulu culture of the community assisting and helping members in need.

Thanda After-School uses existing school buildings and local young mentors to provide targeted programs that create a support system after school each day. Thanda After-School is a prototype of Thanda’s model of care for orphans and vulnerable children, filling in the gaps of missing parents. These children are part of a stable support system that offers guidance, mentoring, skills development and a way forward – every day.

This allows us to work within the long standing African tradition whereby orphans live with extended family members of neighbors in the community, instead of being uprooted from their familiar surroundings.

Thanda currently operates in three low–performing government schools, where resources are extremely limited and Matric pass rates are very low. Thanda After-School currently enrols 325 orphans of AIDS and other vulnerable children aged between 5 and 22 years, in eleven different after school programs each day.

Thanda uses engaging activities such as arts, agriculture, academics and sports in order to learn about team work, respect and leadership.

Thanda also focuses on HIV prevention, skills development, and guidance as part of the mentorship provided every day. Every aspect of Thanda After-School was designed alongside the local community members to ensure its sustainability and effectiveness.

Thanda employs 11 young role models (teachers) from within the community to be mentors for these students, filling the developmental and emotional gaps left by missing parents and overwhelmed caregivers. 33% of children in Thanda report that their families do not have enough food for the month, so Thanda provides 325 children with a much-needed meal every day. This meal combats malnutrition and enables them to concentrate for the rest of the day.

The long term benefits of Thanda After-School are of most consequence. The students have the same teacher for a full school year, which allows the staff members to identify with their kids on a personal and experiential level, putting them in a prime position to instill in these vulnerable children the morals they need to become the self reliant, responsible, healthy, and ethical leaders South Africa needs.

Looking for something to do; this looks like fun! facebook.com/SouthCoastAcco…

Accommodation & Excitement... At one of the best dive spots on the planet. facebook.com/SouthCoastAcco…

News & Updates: Keep up to date with what's happening on our Website.